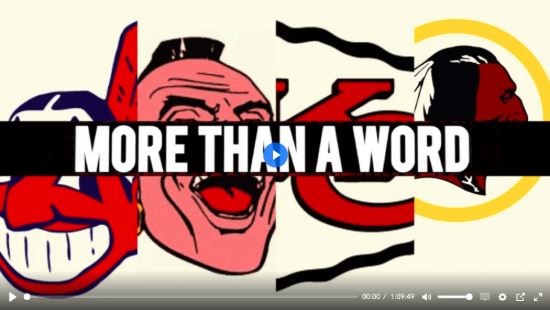 With the announcement that the Washington team is changing their mascot, the documentary More Than a Word can provide you insight as to why Indian mascots are problematic. The filmmakers are releasing More Than A Word for free until the end of July!

“More Than a Word offers a fascinating look inside the growing movement to change the name of the Washington football team. Directed by brothers John and Kenn Little, who are members of the Standing Rock Sioux tribe, the film traces how the word “r*dskin” evolved from being a term of racist derision and slander to being embraced as the name of one of the NFL’s most beloved franchises. It also draws on the voices of Native American activists and scholars to place this controversy within the wider context of Native American history and racial stereotyping more generally.”