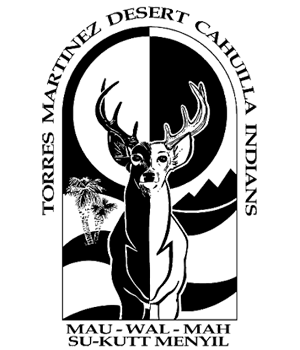 The Cahuilla people have inhabited the Martinez Canyon since the early 1800’s. In May of 1876 an Executive Order by President Ulysses S. Grant created the Torres and Martinez reservations. Under the Relief of Mission Indians Act of 1891, the Torres and Martinez reservations were combined. In December 1906, the U.S. Department of the Interior authorized funding for a new reservation school building. The new school building benefited tribal kids tremendously because it eliminated an eight-mile walk to the Thermal school. The school building and a small cottage (used as a teacher or agent residence) were finished in August 1907. Later, the school was used for religious services and tribal gathering.

The area geology ranges from fine sand at the north end to rocky terrain at the southern end, excluding the area that surrounds the sea. The climate is arid with very little rain. The average high temperature year round is between 80 and 90 degrees and sometimes reaches 120 degrees in the summer.