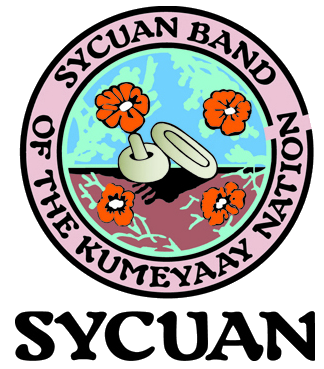 Sycuan Band of the Kumeyaay Nation

Sycuan Reservation is located in southern Californian, six miles from El Cajon and within 20 miles of San Diego, off Highway 8 east. An Executive Order on December 27, 1875, set lands apart for this reservation. The secretary of the interior enlarged the Sycuan Reservation by 89.15 acres in November 2001 when it placed the Bradley and Big Oak Ranch properties into deferral trust.

Residents of the Sycuan Reservation are members of the Kumeyaay Tribe. Their language belongs to the Yuman branch of the Hokan language family. Other languages are spoken by peoples from southern Oregon to southern Mexico. The Kumeyaays are also known as Diegueños, named after the mission within their territory.