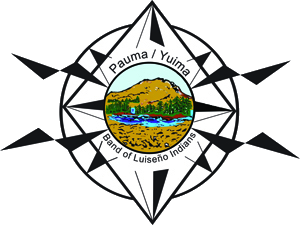 The Pauma and Yuima Reservation lies in the northeastern corner of San Diego County, California, against the foothills of Mount Palomar. It is composed of four separate tracts of land totaling 5,877.25 acres. The residential portion of the reservation, 225 acres, is located 65 miles from metropolitan San Diego. The reservation was established on August 18, 1893, by an Executive Order. The Pauma Reservation proper totals 225 acres and serves as the community center for the reservation. Two 12.5-acre tracts located on the slopes of Mount Palomar are referred to as Yuima tracts 1 and 2. These tracts are approximately five miles from the main reservation and have tribal housing. In 1973 the Secretary of the Interior instructed the Bureau of Land Management to issue a trust patent to the Pauma Band of Mission Indians for the nearby Mission Reserve. This 5,627-acre parcel of land, composed of undeveloped wilderness, became the fourth tract of land in the Pauma Reservation.

The Pauma and Yuima Indian Reservation is one of the homes of the Luiseño Tribe. Originally, the tribe occupied about 1,500 square miles of coastal southern California. Their language belongs to the Cupan group of the Takic language, a subfamily of the greater Uto-Aztecan linguistic family.

The Pauma Band of Mission Indians is governed by custom and tradition. The band is organized under the non-IRA Articles of Association, adopted by the group on March 17, 1966, and approved by the BIA on June 28, 1966. The general council serves as the reservation’s governing body, and it consists of all enrolled members at least 21 years old. Elected tribal officials include a chairperson, a vice-chairperson, a secretary-treasurer, a tribal administrator, and a tribal council member.