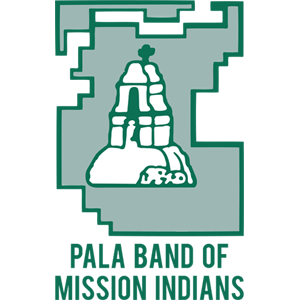 The Pala Reservation is located in southern California. It was established by the Executive Order of December 27, 1875. Executive Orders of May 3, 1877, and July 24, 1882, restored portions of it to public domain. A Congressional Act of May 27, 1902, appropriated $100,000 for the purchase of land for California Mission Indians. An Act of March 31, 1903, permitted the use of part of this money for removing the Indians to the purchased land. The Executive Order of December 20, 1973, returned the Mission Reserve, formerly controlled by the U.S. Bureau of Land Management, to the Pala Band of Mission Indians. The rancheria encompasses over 12,000 acres, including 4,000 acres of forests, 6 acres of wetlands, 8 acres of lake, and over 38 miles of streams. The San Luis Rey River courses through the center of the reservation.

Members of the Pala Band belong to the Kuupangaxwichem, or Cupeño, and Luiseño tribes. The Pala Reservation represents one of the communities of Indians who were forced together by Spanish Franciscan missionaries during the 1800s. Although descendants of the Cupeño people form the majority, there has been a large degree of cultural integration between the groups.