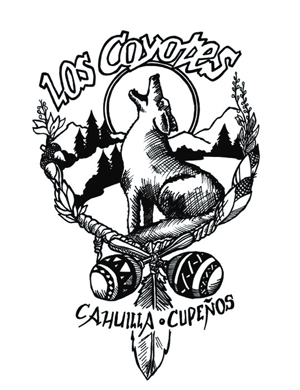 The Los Coyotes Reservation is located approximately 70 miles from San Diego, between the Cleveland National Forest and the Anza-Borrego Desert State Park, in scenic forested hills and valleys east of Mount Palomar and adjacent to a number of hot springs. An Executive Order on May 5, 1889, set apart lands for this reservation, but it was not established until June 19, 1900, under the authority of an act on January 12, 1891. An Executive Order on April 13, 1914, transferred lands from the Cleveland National Forest to the Los Coyotes Reservation.

Members of the Los Coyotes Band of Indians are descendants of the Cahuilla and Cupeño tribes. Ancestors of these groups originally occupied two village sites in the vicinity of the area’s hot springs. Although from distinct tribes, both groups spoke a language belonging to the Takic branch of the larger Uto-Aztecan linguistic family; peoples speaking languages of these families live in areas of the Great Basin into central Mexico. While the Cupeños lived along what came to be known as Warner’s Hot Springs, the Cahuillas resided in the hills to the immediate east. The latter location represents the present site of the Los Coyotes Reservation.

The Los Coyotes Reservation is governed by a general council, consisting of all members at least 21 years old; the tribe is organized by customs and traditions. Tribal officers include a spokesperson and five committee members. Tribal officers are elected for one-year terms. The tribal government is not organized under the Indian Reorganization Ace of 1934. The tribe is a PL-638 tribe.