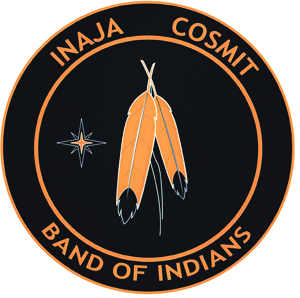 The Inaja-Cosmit Reservation is located 36 miles northeast of San Diego. It is accessible via Interstate 8 east and California Route 67 north. Tribal lands consist of two parcels of rather remote and somewhat inaccessible land at the base of Cuyamaca Peak. Deep winter snows and a lack of facilities make these locations inhospitable to all but the hardiest.

The Inaja-Cosmits are governed by a tribal chairperson, and they maintain a tribal office in Escondido, California.