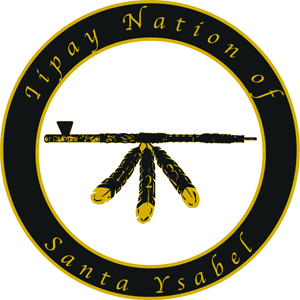 The Santa Ysabel Reservation is located about 40 miles east of Escondido, on Highway 76, south of Los Coyotes Reservation. Santa Ysabel is situated on the slopes of the Volcano Mountains, at nearly 4,500 feet. The rugged, wooded area provides a sense of solitude for the reservation’s residents.

The Santa Ysabel Band is part of the Kumeyaay Nation, which extends from San Diego and Imperial counties in California to 60 miles south of the Mexican border. The Kumeyaays are members of the Yuman language branch of the Hokan group. Included with the Kumeyaays in the Yuman branch are the PaiPais, Kiliwas, Cocopas, Mojaves, Maricopas, Quechans, Yavapais, Havasupais, and Hualapais. The Hokan language group is wide ranging, covering most of the costal lands of southern California. It includes tribes as far north as the Kuroks of Northern California.

The tribe is governed by a council comprised of a tribe spokesman, a vice-spokesman, a secretary, a treasurer, a councilman, and a councilwoman. The tribe is in the process of developing a tribal court system. Its police department currently shares cross-jurisdiction with the county’s law enforcement officers.