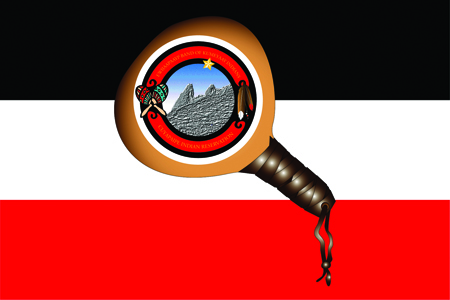 The Ewiiaapaayp Band of Kumeyaay Indians is a self-governing federally recognized Indian tribe exercising sovereign authority over the lands of the Ewiiaapaayp (Cuyapaipe) Indian Reservation. The Cuyapaipe Indian Reservation was stablished on February 10, 1891, following an Executive Order on January 12, 1891, and an Act of Congress.

The Mission Indian Relief Act of 1891 enacted recommendations of the Jackson-Kinney Report stating, “The history of the Mission Indians for a century may be written in four words: conversion, civilization, neglect, outrage… Justice and humanity alike demand the immediate action of Government to preserve for their occupation the fragments of land not already taken from them.” The late Tony J. Pinto (1914-2003), Ewiiaapaayp Tribal Chairman from 1967-2001, and his family members worked to preserve the cultural traditions of the Kumeyaays, including its Peon games and Bird Songs.

The Ewiiaapaayp Band’s tribal members govern themselves as a general council composed of all enrolled tribal members age 18 or above under its tribal constitution enacted and approved in 1973 and amended in 2002. Elected tribal officials are the chairman, vice-chairman, and treasurer/secretary.