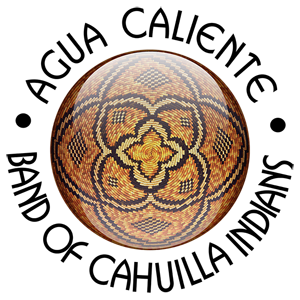 Since time immemorial, the Palm Springs area has been home to the Agua Caliente Band of Cahuilla Indians for generations. Archaeological research has discovered that the Cahuilla have occupied Tahquitz Canyon for at least 5,000 years, mirroring the migration stories of the Cahuilla people.

The Cahuilla Indian name for the Palm Springs area was Sec-he (boiling water); the Spanish who arrived named it Agua Caliente (hot water). And then came the name "Palm Springs" in reference to both the native Washingtonia filifera palm tree and the Agua Caliente Hot Mineral Spring. The Hot Spring waters provided the Cahuilla with clean water, a place for bathing, and a connection point with a spiritual underworld populated by nukatem, or ancient sacred beings. The hot spring waters were also utilized for healing purposes. The ceremonial life of the Cahuilla was a rich one. Elaborate ceremonies marked every important milestone in life. Today, remnants of the traditional Cahuilla society exist such as rock art, house-pits and foundations, irrigation ditches, dams, reservoirs, trails, and food preparation areas, which still exist in the canyons.

Crops in the Agua Caliente area were irrigated by water from nearby streams. Remnants of these rock-lined irrigation ditches from Tahquitz, Andreas, and Chino Creeks are still visible in areas untouched by development. Archival documentation from the mid-1880s tells of elderly Indians memories of parents working on these ditches when they were very young.

Women of the band were responsible for gathering all of the plants that were used for food. Some of the basic food plants were acorns, mesquite beans, seeds of all kinds, wild fruit, agave and yucca. In addition, the Cahuilla had an extensive trade system with neighboring tribes. Food, shells, animal and mineral products were traded with the tribes of the surrounding areas.